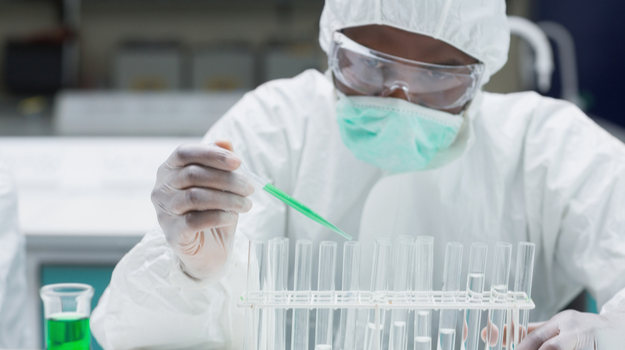 There are probably numerous reasons for this, but it’s certainly not for lack of talent. Here’s a look at 10 African American life science leaders.

One of the most prominent African Americans in biopharma, Frazier earned his Bachelor of Arts degree from Penn State and JD from Harvard University. He joined the law firm Drinker Biddle & Reath, then joined Merck in 1992 as general counsel of the public affairs division. In 2006, Frazier became executive vice president while still general counsel, and led the human health group beginning in 2017, becoming president in 2010. He took on the role of chief executive officer in 2011, the first African American to lead a major pharmaceutical company.

Irving McConnell founded The McConnell Group in 1996 as a health sciences company. The McConnell Group still focuses on biomedical research and biodefense research support services. It has also expanded into related practice areas. Irving McConnell graduated from Tuskegee University with a BS in Animal Science and eventually his DVM in 1974. McConnell served in the U.S. Army where he served in the Veterinary Corps and the U.S. Army Special Operations Command for over 27 years. He also was awarded the Bronze Star and the Order of Military Medical Merit.

Judith Gwathmey received her BA in biology from the University of Pennsylvania, her VMD (Doctor of Veterinary Medicine) from the University of Pennsylvania, and her PhD in Physiology and Pharmacology from The Ohio State University. She participated in a post-doctoral research fellowship at Harvard Medical School and the Beth Israel Hospital Department of Medicine. She is also a Professor of medicine and Professor of Physiology at Boston University School of Medicine. She founded Gwathmey Preclinical Services (Gwathmey Inc) in 1996.

From 2008 to 2016, Windham-Banniser served as founding president and chief executive officer of the $1 billion Massachusetts Life Sciences Initiative. Her role was to develop, implement and lead the strategy for the investment initiative. Biomedical Growth Strategies is a boutique strategy advisory firm serving the life sciences industry. She received a BA from Wellesley College, a PhD in Health Policy and Management from the Florence Heller School at Brandeis University, and a Doctor of Science from Worcester Polytechnic Institute. She was a post-doctoral fellow at Harvard University’s John F. Kennedy School and as a Fellow in the Center for Science and Policy (CSAP) at Cambridge University, England.

In September 1992, Mae Jemison became the first African American woman in space, flying aboard the space shuttle Endeavour. She was a mission specialist, acting as a co-investigator on two bone cell research experiments. She left NASA in March 1993, went on to teach at Dartmouth College, and founded the Jemison Group, whose focus was on encouraging a love of science in students and to bring advanced technology to schools around the globe. She also took over leadership of the 100-Year Starship program founded by the Defense Advanced Research Projects Agency (DARPA), which has the goal of human space travel beyond the solar system within the next century. She earned her BS in Chemical Engineering and BA in African and African American studies from Stanford University. She earned her MD from Cornell University in 1981.

Frank Clyburn received his BA from Franklin & Marshall College and his MBA from Arizona State. Before joining Merck, he was vice president of Oncology and Internal Medicine at Sanofi Aventis and served in a wide range of commercial roles at Sanofi and other previous companies. Before joining Merck’s Executive Committee, he was president of Merck’s Global Oncology business. He was also previously president of the Primary Care Women’s Health Business Line & Market Access. He joined Merck in 2008.

Cynthia Patton received her BA from Vassar College and JD from George Washington University. As chief compliance officer, she is responsible for Amgen’s worldwide compliance and business ethics organization. She joined Amgen in 2005. Before joining Amgen, she spent seven years as general counsel for SCAN Health Plan, a California HMO. Prior to SCAN, she was assistant general counsel of UniHealth. She began her legal career at Atlanta-based Alston & Bird in 1986.

Maria Bernard is the Deputy Director of the National Institute on Aging (NIA) at the National Institutes of Health (NIH). She received her undergraduate education at Bryn Mawr College and her MD from the University of Pennsylvania. She trained in internal medicine at Temple University Hospital in Philadelphia, Pennsylvania, where she also acted as chief resident. Until 2008 she was the endowed professor and founding chairman of the Donald W. Reynolds Department of Geriatric Medicine at the University of Oklahoma College of Medicine and Associate Chief of Staff for Geriatrics and Extended Care at the Oklahoma City Veterans Affairs Medical Center.

Gary Gibbons is the director of the National Heart, Lung, and Blood Institute (NHLBI) at the NIH, the third largest institute at the NIH with an annual budget of more than $3 billion and a staff of 917. Gibbons earned his undergraduate degree from Princeton University and graduated magna cum laude from Harvard Medical School. He completed his residency and cardiology fellowship at Brigham and Women’s Hospital. He was a faculty at Stanford University from 1990-1996 and at Harvard Medical School from 1996-1999. Before joining the NHLBI, Gibbons served as the founding director of the Cardiovascular Research Institute, the chairperson of the Department of Physiology, and professor of physiology and medicine at the Morehouse School of Medicine in Atlanta.

Cherie Butts is medical director and Head, Human Biology Research—Digital & Quantitative Medicine at Biogen. Her overall activities involve incorporating digital technologies into clinical trials. Butts received her undergraduate and graduate degrees from The Johns Hopkins University. Her pre-doctoral studies at the University of Texas MD Anderson Cancer Center focused on anti-tumor immune responses in ovarian cancer patients. Her postdoctoral studies at the NIH studied neuroendocrine regulation of innate immunity. She continued this work at the U.S. Food and Drug Administration. She moved into program management at Biogen, at first in immunology and later heading preclinical programs across all therapeutic areas, including hematology, immunology, fibrosis, and neurology. She then transitioned to portfolio management. She joined Biogen in 2012.

BioSpace would like to know more about prominent people of color in the life sciences. Please let us know of anyone you think we should be aware of.