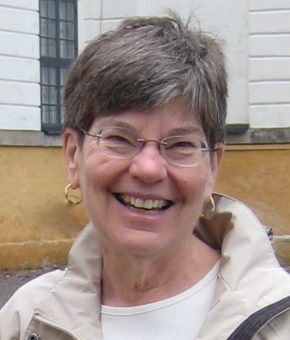 Throughout her career, Dr. Barbara Filner was a tireless and effective advocate for women scientists. Over the course of her professional career, she was a strong supporter, mentor, and leader in the Association for Women in Science (AWIS). Dr. Filner served as AWIS national President for a two-year term in 1987 and 1988, and in several other roles on the national Executive Board for many years of service.

Recognizing her passionate interest in promoting careers in science for young women, the leadership of national AWIS subsequently appointed Dr. Filner to serve as President of the AWIS Educational Foundation from 1998 to 2008. Because of her fervent and diligent stewardship, the financial resources available for the Foundation’s program of scholarships were significantly enhanced, so that the organization could increase the scope and magnitude of awards to high school students and graduate students aspiring to careers in science.

Dr. Filner began her career as a research biologist, pursuing a traditional academic track before moving into science policy studies and grants administration. She was born in Philadelphia, attended Hunter College High School and Queens College, graduating with the B.S. degree in biology in 1962. She pursued doctoral work at Brandeis University, acquiring the Ph.D. degree in 1967, subsequently teaching at Columbia University and Kalamazoo College. Dr. Filner then became Director of Health Sciences Policy at the Institute of Medicine, National Academy of Sciences, where she directed studies on a wide range of topics including mandatory retirement for airline pilots, alcoholism, and medical education. In 2001, she retired from the Howard Hughes Medical Institute (HHMI) where, as Senior Program Officer for thirteen years, she was responsible for graduate fellowships, research resources, and international research programs. Her programs at HHMI supported more than 500 fellows each year.

Among her publications, Dr. Filner authored several essays in A Hand Up, Women Mentoring Women in Science (AWIS, 2003). An award in her name was established at AWIS for women in science who serve as mentors and support for young women in the field.

As a resident of the Washington, DC metropolitan area for more than 30 years, Dr. Filner was active in the League of Women Voters and Board of Elections. Dr. Filner is remembered for her enthusiasm, high moral principles, and directness. She strived for excellence in every endeavor she undertook and her contribution to promoting women in science is a memorable legacy.