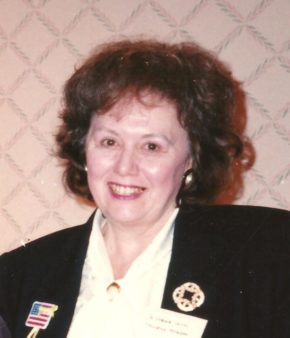 She earned her PhD in Physiology from Yale University in 1964, a time when few women, especially a married woman with three children, undertook programs like this. In 1971, she was one of the founders of the Association of Women in Science.

After her retirement from Wyeth in 1998, she moved to Vero Beach and was very active in local community education and literacy programs and served as President of the Republican Women Aware in 2000.