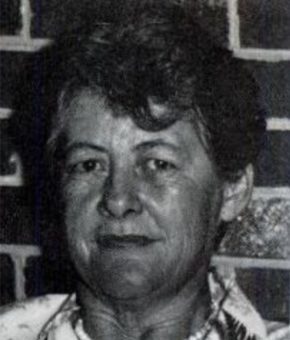 Marion Elizabeth Webster was born in Ottawa. She graduated from Florida State University and went on to earn a PhD from Georgetown University.

She worked at the US Department of Agriculture and helped develop DDT as an insecticide, and then at the Walter Reed Army Institute of Research. Dr. Webster was the first to isolate the Vi antigen of typhoid and to determine its structure.

She joined NIH’s National Heart, Lung, and Blood Institute (NHLBI) in 1958 and published extensively on the kinin–kallikrein system.

A strong advocate for women in science, Dr. Webster served as president of the Association for Women in Science from 1976-1978.

She moved to Winter Park, Florida in 1976 and served as a member the Winter Park Housing Authority Commission.