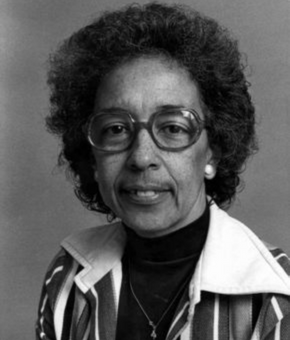 Yvonne Clark was an African American mechanical engineer who’s most notable for her impact in the STEM community.

She was born in 1929 in Houston, Texas but was raised in Louisville, Kentucky with a family full of surgeons and journalists. Throughout her childhood, she had a strong interest in aeronautics, where she built and tested model planes and became active in the school’s Civil Air Patrol.

Clark soon hit a roadblock where she was prohibited from taking a mechanical drawing course because of her gender. She became as determined as ever, graduating high school at 16, and receiving a full scholarship to Howard University as the only female who chose to major in mechanical engineering.

Moving forward, and graduating with a Bachelor’s Degree in 1951, she worked to market more jobs in the STEM industry to both women and those of color. As she was faced with many adversities in the field of space science, she pivoted to work with NASA on their Saturn V project in 1967.

Recently, Clark fulfilled the position of a student division team leader for the NASA-funded Center for Automated Space Science at Tennessee State University. In addition, she has received multiple honors for her astonishing work by the Society of Women Engineers. Her work and perseverance as a woman in STEM have changed numbers with at least 1 in 4 women in this industry today.