Dr. Natasha Louise Tilston on Viruses, Vaccines, and What We Can Learn from 2020

“Science can only function if we work together as a community and collaborate: if the pandemic has taught us anything, it’s this.” 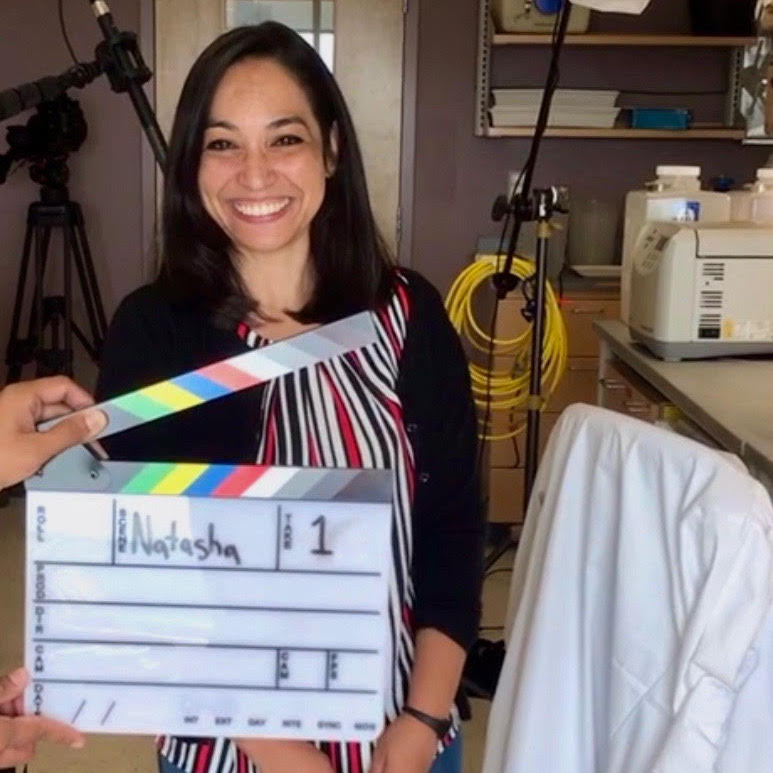 As a child I always found the natural world fascinating. I have a BSc in microbiology and an MSc in environmental science and human health. It wasn’t until I completed my master’s dissertation that I really developed a passion for infectious diseases and public health. To understand infectious disease epidemiology, I joined a group at the London School of Hygiene and Tropical Medicine, where I spent a couple of years learning how to set up epidemiological surveys and analyze the data. I then wondered what it would be like to carry out fulltime research in a laboratory, so I joined a group studying the biology of mycobacteria—including Mycobacterium tuberculosis—at Queen Mary University of London. This is where I fell in love with molecular biology. Viruses were just as intriguing to me, and so I decided to combine my newfound love of molecular biology with the study of viruses.

Your team at the University of Pittsburgh Center for Vaccine Research is developing a SARS-CoV-2 vaccine using a measles vector. How does this work, and what is the status of this vaccine?

My postdoctoral supervisor, Dr. Paul Duprex, leads the team at the CVR. As a postdoc in Paul’s lab, I’ve been fortunate to be involved in the early stages of designing and engineering this SARS-CoV-2 vaccine candidate. This is a recombinant, vectored vaccine candidate, meaning it is a live, replicating virus (the measles vaccine strain) that is engineered to carry an extra gene (the spike from SARS-CoV-2). We already know that the measles vaccine is safe and effective, so the idea here is that when you are given this new recombinant measles- SARS-CoV-2 vaccine, it replicates in your body, and, in addition to measles proteins, it will also produce the spike protein of SARS-CoV-2. The spike protein coats the surface of SARSCoV- 2, and it is what we want to generate immunity to, as it is the key target for antibodies. Replicating vector vaccines are known to generate both a humoral and cellular immune response, and we’ve had some exciting results in our mouse model, but there is still a lot of work that needs to be done.

What else are you currently researching? Can you share any exciting developments or results?

I have a broad interest in arboviruses (viruses that are transmitted by insects), particularly in how these viruses evolve, how they transmit across species, and how they interact with their hosts to cause disease. I’ve recently been awarded the NIH Pathway to Independence grant (K99/R00), and so my work now mainly focuses on understanding bunyavirus reassortment. Crimean-Congo hemorrhagic fever virus and Rift Valley fever virus are two examples of human disease-causing bunyaviruses. The genetic information for these viruses is encoded on three different segments, allowing easy exchange of information between close members when they infect the same host. This process is called reassortment, and the resulting new virus is a reassortant. We do not completely understand how this happens, and I think it’s an important question, because there are several emerging bunyaviruses that we need to keep an eye on, and we don’t have any vaccines for them. Apart from this, I’m also continuing my graduate work on the Oropouche virus. This is another bunyavirus that is mainly transmitted by biting midges, but several mosquito species are also potential vectors. There are currently three reassortant Oropouche viruses circulating in South America, two of which are similar to the parental Oropouche virus that can cause disease in people. Typical Oropouche fever symptoms are chills, headache, muscle pain, and nausea, symptoms that are common to other viral diseases, and so Oropouche fever is often misdiagnosed, commonly as dengue fever. It’s only been a couple of months since I’ve started my work, so it’s still a bit early for anything exciting, but I have made a fluorescent Oropouche virus that I’m proud of. This will now allow us to visually track virus replication both in vitro and in vivo.

What do you want the public to know about vaccines?

I want people to know that before a vaccine is rolled out to the general public, it has gone through several rounds of rigorous research and testing. Only then is it approved. Side effects such as a fever or body ache are common. This is simply your body responding to the vaccine. By taking a vaccine, you have now taught your body to recognize a certain invader. Vaccines have kept us safe from infections such as measles and polio, which once claimed countless lives. When you get a chance to be vaccinated, please consider it, as it will keep you and your loved ones safe, it keeps society going, and it protects people who are too vulnerable themselves to be vaccinated.

I want 2020 to have been a year we learn from. Learn to be a little kinder and considerate to people around us. Being isolated away from loved ones has been a struggle for many of us, myself included. Identify people who are important to you, and support them, as they would you, because having your own community and network is essential for mental health and success. I’m hopeful that the academic environment is changing for women. I see successful, kind, supportive women at the CVR, who have helped keep me motivated and inspired this past year alone. Science can only function if we work together as a community and collaborate: if the pandemic has taught us anything, it’s this.

Dr. Natasha Louise Tilston is a postdoctoral associate at the Center for Vaccine Research (CVR) at the University of Pittsburgh. She received her PhD in molecular virology from the University of St Andrews, Scotland, in 2016. In the last year, she has been part of a team at the CVR that has been developing and testing a vaccine against SARS-CoV-2.

This interview was originally published in AWIS Magazine.