“I have translated my experience into the way I mentor young professional women. “ 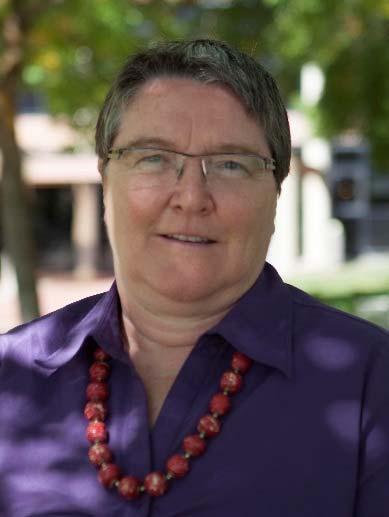 What do you consider to be your most important career achievement?

To be the first female faculty member to be promoted to full professor in my college. When I was recruited in the 1990s, women were a rarity—there were only two of us—and were overlooked for a long time in the promotion process. It was a long and painful path, but I am proud that I have finally been able to dissuade the doubters, and regain confidence in myself and my capabilities. I have translated this experience into the way I mentor young professional women. While I had great mentors (all men), nobody really prepared me for the challenge of being a female in the male-dominated discipline of soil science. I wanted to give my students better tools to deal with what would lie ahead.

What challenges did you overcome to accomplish your career achievement?

Because there were so few of us among the faculty ranks, women’s accomplishments were often overlooked. We were expected to follow male normative behavior, yet penalized for doing so. My greatest challenge was to not internalize the subtle messages that I did not measure up and was not productive enough. Ultimately, my frustration with not understanding the dynamics at work that led to gender inequity caused me to shift my focus from pure STEM-focused research to the sociology of science. I started graduate school again, and I studied the sources of inequity in the STEM disciplines that claim to be meritocratic. I needed to take that path to understand my own story.

Describe an amazing opportunity in your STEM career.

As a graduate student in terrestrial biogeochemistry, I was given the opportunity to be a full and active collaborator in an international multi-disciplinary research team, where I was given responsibility for and free reign over one of the project subtasks. It was a very empowering experience in that I could express what I thought were the necessary data, was given full freedom to design the data request of the collaborating scientists, and was given the opportunity to write the data synthesis chapters in the project book as senior author. I will always be grateful for my mentors for believing that was up to the task and for letting me fly solo on the endeavor. It inspired me to do the same thing with my graduate students: let them be their best selves and just stay in the background as a safety net, intervening only when and where necessary.

What is the most important leadership lesson you’ve learned the hard way?

Never assume that others will automatically recognize your accomplishments. You need to be your own advocate and stand up to be seen and heard. Paying forward, we need to help each other on that path by acting as sponsors, making others and their accomplishments visible, rather than waiting for others to take that responsibility.

What do you aspire to accomplish in your career?

I have now retired from my formal career in academic STEM, and as such, that part of my life is quite diminished. My current aspirations are to be the role model I never had, to speak up when and where I see inequity, and be an enabling force in the success of the upcoming generation of young scientists. I want to be that ”wise old broad!”

How has AWIS helped you professionally or personally?

By taking away the sense that I was alone in my experience. AWIS Magazine served as an important information conduit and a means to make mine a shared, rather than an isolated experience. I have found that very empowering.

Dr. Helga Van Miegroet is Professor Emerita at Utah State University (USU), where she taught and researched wildland soils and biogeochemistry from 1993 to 2017, following 6 years as a research scientist at Oak Ridge National Laboratory in Tennessee. She obtained her undergraduate agricultural engineering degree from Ghent University in Belgium, specializing in water and forest resources, and earned MS and PhD degrees in forest soils and mineral cycling from the University of Washington. Her empirical biogeochemical research focused on soils and nutrient cycling and transport mechanisms in wildland ecosystems and managed, natural, and disturbed forests. She has published close to 100 scholarly publications and book chapters in peer reviewed journals, conference proceedings and other technical outlets and has given numerous presentations on her research in invited seminars, and at national and international meetings and workshops. She received numerous awards and honors and was elected Fellow of the Soil Science Society of America in 2015. Her more recent work has focused on the status of women in science, and she earned a MS degree in Sociology from USU in 2018, studying Gender inequality in sciences/academia. In 2019, she was appointed to the taskforce on recognition and representation of women and minorities for the Soil Science Society of America.