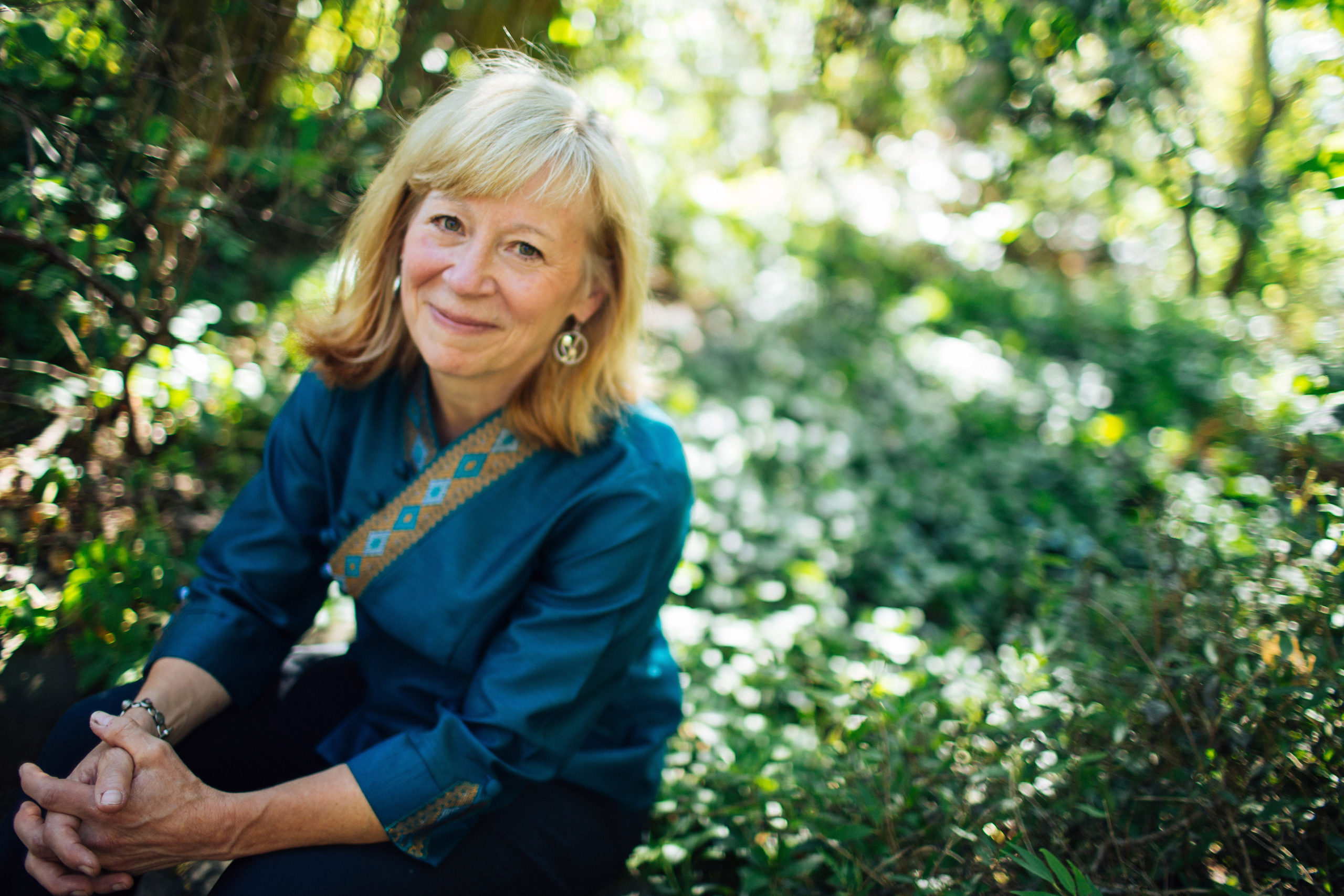 Curiosity, Advocacy, Inclusivity (and a Dash of Humor): Under Secretary Geraldine Richmond’s Formula for Success

Protecting the planet for future generations: that’s what Dr. Geraldine Richmond sees as her chief mission.

Dr. Richmond, an accomplished physical chemist, advocate for women in science, and AWIS member, was appointed last November as Under Secretary of Science and Energy at the Department of Energy (DoE) by President Joseph Biden. In this role, she oversees the basic research of the Office of Science, the applied R&D programs and the DoE national laboratories. She is responsible for a budget of more than 13 billion per year.

She views her new position, first and foremost, as a critical opportunity to lead the fight against climate change, both within the United States and around the world. She shared, “I’m very honored to be in this important role. I intend over the next few years to do whatever I can to follow the President and the Secretary of Energy in helping this nation be a leader in ameliorating the effects of climate change in this nation and around the globe. I am passionate about this and look forward to seeing that we do not leave our children, grandchildren and generations to come with a planet that is too hot to live on.”

A Spark of Curiosity

Dr. Richmond has spent most of her career at the University of Oregon, where she is a chemistry professor and holds the Presidential Chair in Science. Her research on the molecular properties of complex liquid surfaces has been groundbreaking; and her research team, with its special focus on water surfaces, has made both practical and theoretical contributions to such critical problems as oil spill remediation. In 2016, President Obama presented her with the National Medal of Science. She also received the Priestley Medal— the highest honor of the American Chemical Society.

For Dr. Richmond, the critical ingredient in her academic success has been curiosity, including both broad interest in science and intense inquisitiveness about how to be an effective teacher, research director, mentor, and community member. Of all her accomplishments, she is most proud of her work on behalf of the students and postdocs whom she has mentored over the years.

This chemist’s curiosity and focus on service have long led her to seek out leadership opportunities. She has served as a member of the National Science Board since 2016, as President of the American Association for the Advancement of Science, and as a member of DoE’s Basic Energy Sciences Advisory Committee. In each of these positions, Dr. Richmond says, she has aimed to lead “by being as honest and transparent as possible, while also injecting humor whenever possible, including laughing at myself.” She sees these qualities as essential to building trust.

A Passion for Advocacy

Fundamental to her leadership focus has been a longtime commitment to advocating for women in STEM. Dr. Richmond first remembers becoming attuned to the issue of gender discrimination as an undergraduate, when she was turned down for a research lab position based solely on her gender. As her scientific career moved forward, she recalls, “I realized that women in STEM careers were not getting the recognition for their excellence that they deserved and were being bypassed by men who I saw were far less competent.”

In 1998 she joined AWIS, seeing our association as an opportunity to network with other women who were working to advocate for women’s careers in male-dominated fields. At about the same time, she started COACh, a grassroots organization that provides career-building workshops aimed at increasing the representation and success of women scientists. Since its founding, more than 25,000 women scientists and engineers in the United States and in developing countries around the world have participated in COACh workshops.

Today Dr. Richmond remains as determined as ever to promote the original mission of the organization. “There are remarkably talented women scientists and engineers around the globe who are being held back from achieving their full capabilities and career aspirations because of systemic biases and lack of support,” she asserts. And, as Under Secretary for Science and Energy, she is an important role model for this mission: she shows just what women scientists can accomplish, given diverse leadership opportunities and ample encouragement.

When she reflects back on her career, Dr. Richmond remembers starting out mainly with a determination to find work that allowed her to be independent and to avoid depending on anyone else to make a living. She has certainly achieved this goal and now has advice to share with other women scientists who are making their own way. She stresses how important it is to be strategic in pursuing your scientific interests and passions, including building a career that is built on your own values, rather than on what you think others expect from you. This involves taking risks, as well as believing in yourself and in your abilities: “Although this is a building process, taking risks and succeeding in such ventures—even if in only a few— will help you build your confidence,” she emphasizes. What is equally important, she says, is to be inclusive and to consider the points of view of people with whom you may disagree.

Above all else, Dr. Richmond encourages women in science to “always remember to thank those who have helped you, even for the smallest acts of kindness.” In doing so, women can work together to build a scientific community that is more inclusive, more supportive of women’s careers, and more conducive to the kind of scientific advancements necessary to solve today’s greatest challenges— including the all-important issue of climate change.