Breaking the Color Barrier and Glass Ceiling in Academia 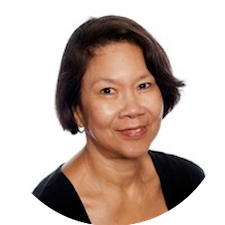 By Patricia Soochan
AWIS member since 2003

According to a 2017 American Council on Education (ACE) report, progressive bottlenecks remain a stubborn feature of the pathway to academic leadership for women—meaning the higher their rank, the fewer there are. At the predoctoral level, women have earned more than 50% of all bachelor’s degrees since 1982 and more than 50% of all doctoral degrees since 2006. In contrast, they have held only about 30% of full professorships since 2015. Among all women who were full professors, 84% were white, compared to just 5% who were Black.(1)

An ACE report the following year revealed that while 30% of college presidents were women, fewer than 10% were Black women. The report also compared some differences in career characteristics between men and women presidents (Figure 1).(2)

Large-scale, organization-focused interventions to promote gender equity in the ranks of academic science— like NSF ADVANCE in the United States and Athena SWAN in the United Kingdom— have had some promising results, but none have addressed both race and gender.

I recently had the opportunity to speak with three Black women leaders in academia to get their insights about their journeys to leadership and to celebrate their accomplishments.

Dr. Tuajuanda Jordan became president of St. Mary’s College of Maryland (SMCM) in 2014. The SMCM president’s website extols her many awards and accomplishments, including her recognition as a fellow of the American Association for the Advancement of Science and membership on the board of the Association of American Colleges and Universities.

Dr. Jordan received a bachelor’s degree in chemistry from Fisk University in Tennessee and a doctorate in biochemistry from Purdue University in Indiana. Earlier in her career, she served as an assistant professor of chemistry and then as associate dean and associate vice president for academic affairs at Xavier University of Louisiana and as dean at Lewis & Clark College in Oregon. When Xavier had to close for a while, due to Hurricane Katrina, she joined the Howard Hughes Medical Institute, where she stayed on as director of the Science Education Alliance (SEA).

In many ways Dr. Jordan’s path to SMCM’s presidency followed the predominant path of women college presidents. First, she didn’t set out directly to attain this goal. At each professional stage, she strove to do her very best without thinking too far ahead to the next stage. However, as she mastered the next rung of leadership, she gained the confidence she needed to meet opportunities for advancement that were either presented to her or that she sought out. 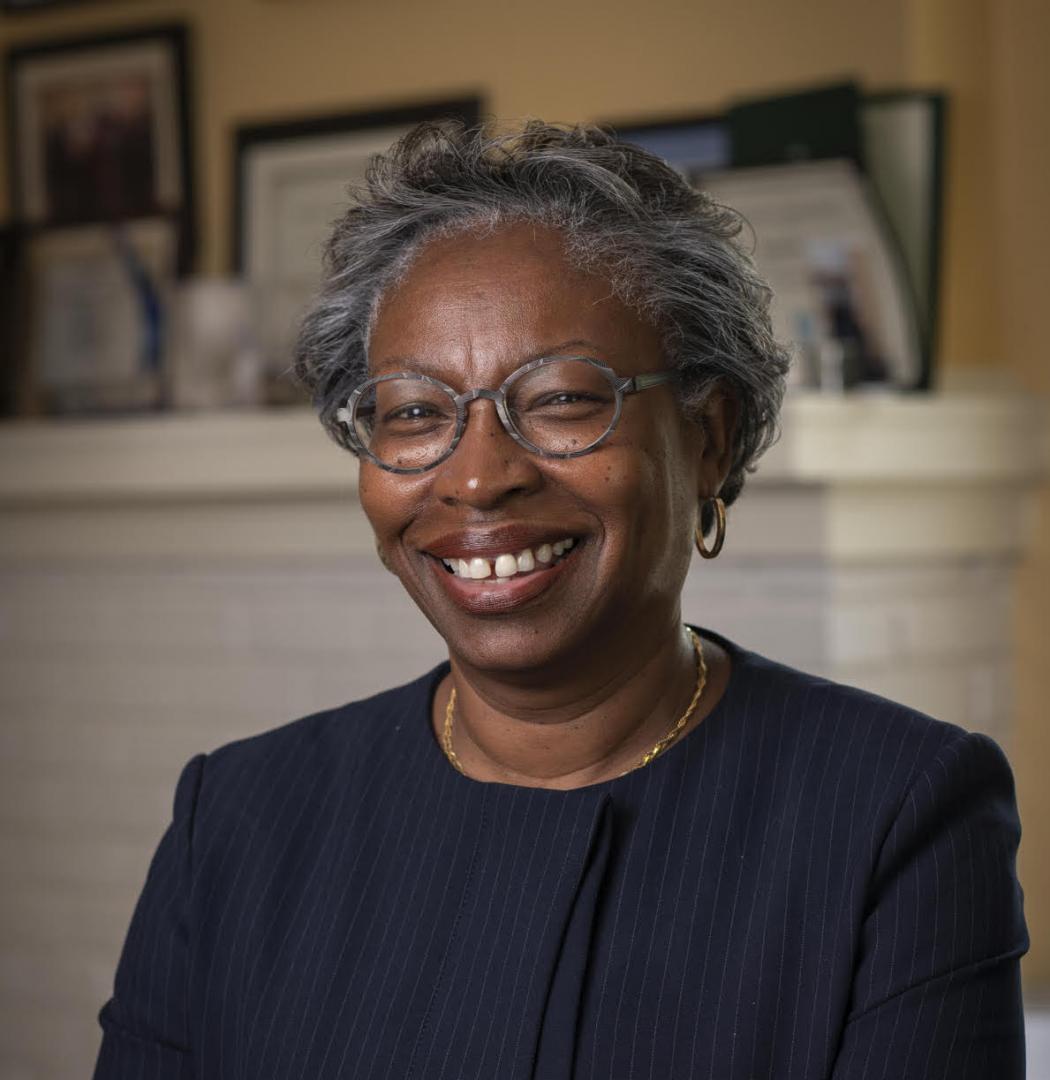 Second, she was reluctant to move away from teaching into administration. Having initially turned down an invitation from senior administrators at Xavier to attend HERS (Higher Education Resources Services) Leadership Institute, she eventually relented. This institute was where she learned a principle that would become a touchstone of her career: administration must be a creative act.

Third, like most women who become president her move from faculty into administration occurred via a leadership position in academic affairs (Figure 1). Lastly, she was hired as president of SMCM during a crisis incited by major drops in enrollment.

Dr. Jordan and I observed that it is during times of great crisis that boards seem most open to recruiting atypical candidates. (The 2018 ACE report revealed that women are almost twice as likely as men to be hired as interim presidents (Figure 1).)

Having begun her professional journey as a first-generation college student, she is deeply committed to the mission of SMCM as a public honors college. She reminds her staff that they are public servants with a responsibility to the community. In addition to diversity, she values team chemistry, and both are reflected in her cabinet. Her call for ideas to address the unexpected discovery of the remains of slave quarters on SMCM extended to the entire SMCM campus and surrounding communities and led to the development of an immersive art experience for the public: the Commemorative to Enslaved Peoples of Southern Maryland. 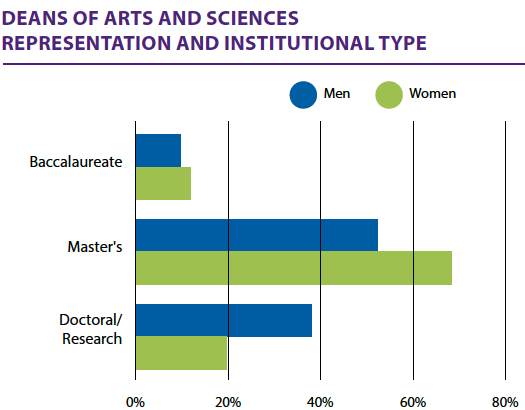 Dr. Jordan’s personal style and training as a scientist inform her approach to problem-solving, which begins with a thorough assessment of a situation before moving into action. For example, when she arrived at SMCM, she took a year to fully study the college’s structure and culture before developing a strategic plan with the counsel of her entire cabinet. The plan has led to the establishment of a cross-functional division called Inclusive Diversity, Equity, Access, and Accountability.

Under her leadership, SMCM has added six science majors, developed a program in environmental studies with a student living-learning community, and received accreditation for its biochemistry program, while maintaining the importance of the liberal arts for all students.

Dr. Jordan has benefited from the guidance of many mentors, including Dr. Deidre Labat, formerly dean and now professor emeritus of biology at Xavier. She, in turn, mentors others, including men. Coming full circle, she is now chair of the board of HERS.

She inherited her mother’s love of continuous learning, but arguably the most influential person in her life was her grandmother, who worked as a live-in maid but who maintained her own home. Her constant refrains were to “never let them see you angry,” “always do your best,” and “make sure you can support yourself.” Dr. Jordan’s rise to college president was driven by those principles.

Dr. Stephanie Dance-Barnes was the first woman and first Black person appointed as dean of the college of science and health at DePaul University in Illinois. She stepped into this role in 2020, in the midst of the COVID-19 pandemic. Her research focuses on triple negative breast cancer, which disproportionately affects Black women.

Dr. Dance-Barnes’s early life in a small town in North Carolina instilled in her a deep commitment to giving back to the community. Her older sister graduated from WSSU, and her parents graduated from college after their daughters. After witnessing the toll that breast cancer took on the life of her great aunt, she had a strong desire be on the frontline, helping to diagnose, prevent, and cure disease. 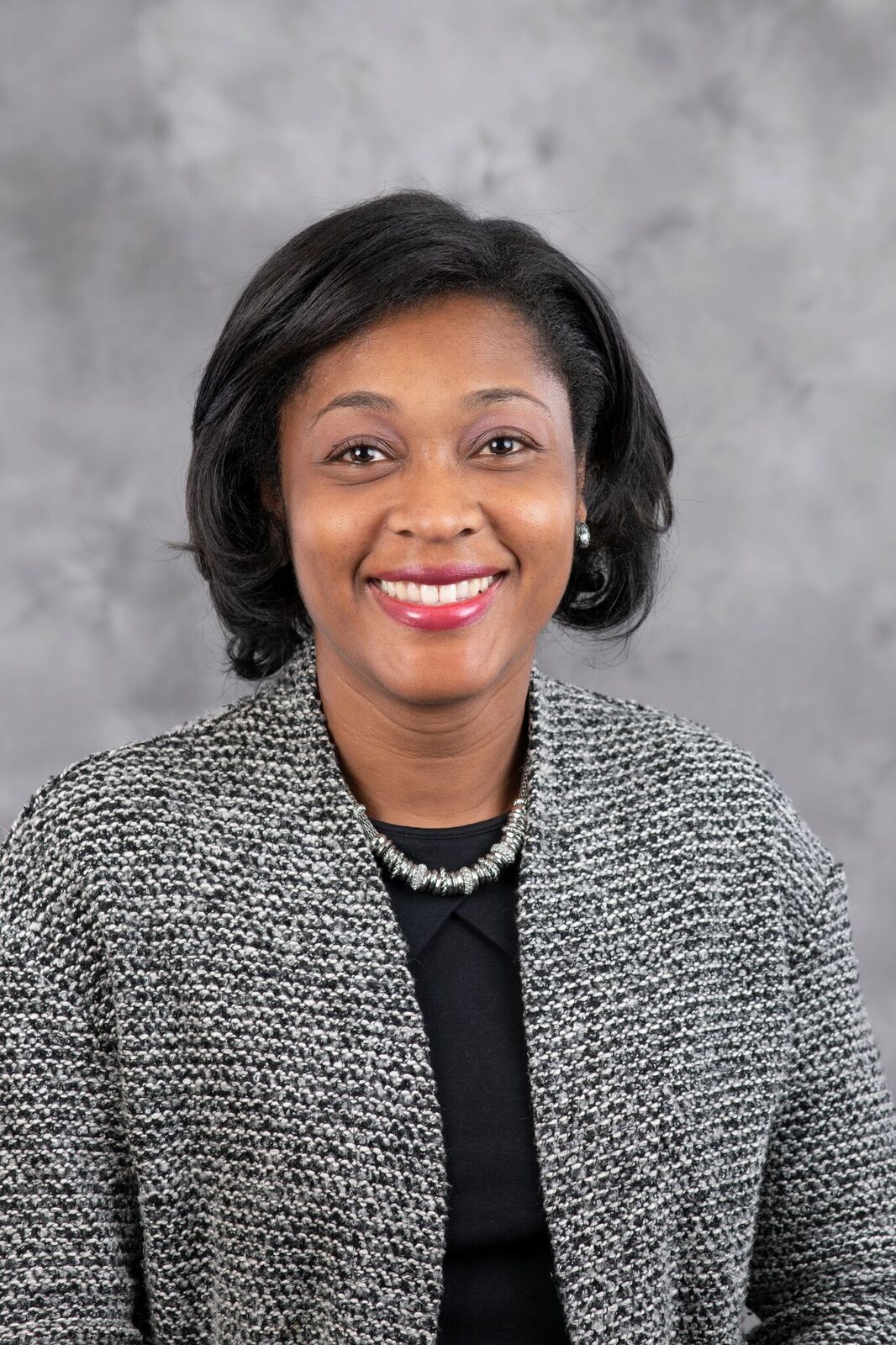 Dean Dance-Barnes has a collegial and disarmingly modest manner. Mentors and colleagues have often recognized her readiness to take the next leadership step before she has. For example, while she was working as a research associate at Wake Forest and pursuing her master’s at North Carolina A&T, a Wake Forest lab head urged her to apply to the medical school’s PhD program in cancer biology.

A career defining moment for Dean Dance-Barnes was the HERS summer leadership institute, which she attended while at WSSU. While participating at the institute, she especially valued the chance to engage in deep self-reflection about her preferred style and her strengths and weaknesses as a leader. She also valued the opportunity to become part of a network of prospective women leaders, and she credits the experience with mentally preparing her for the opportunity to become associate provost and dean at WSSU.

Her shift from a historically black university to DePaul, a private, primarily white university, has not been as seismic as one might anticipate. Her education and professional affiliations at historically black schools have informed her broad perspective of identity as comprising more than race and ethnicity. For example, while the majority of students at WSSU are Black, they come from wide-ranging backgrounds and circumstances. Plus, DePaul’s mission to focus on underserved students and on community service has aligned well with her commitment to lifelong development for all students.

Dr. Dance-Barnes’s intersectional identities and experiences as a Black woman, scientist, and administrator inform her current goals as dean: to expand the visibility and footprint of the college; and to provide personalized, accessible science and health education to a diverse student body in order to advance knowledge in service to society. 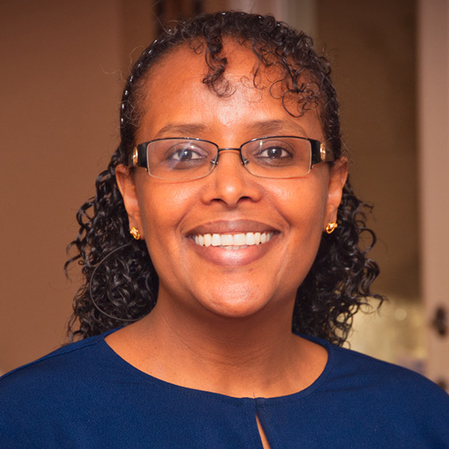 She has faced discrimination as a Black woman scientist in the United States, working in a field in which she is often the only Black person at conferences. The isolation she has felt has strengthened her resolve to diversify the people engaged in the discourse and work on climate change and in geoscience overall.

Dr. Berhe’s research on improving soil carbon to mitigate the effects of climate change, while addressing the global crisis of land degradation, is disproportionately overshadowed by the West’s focus on the release of carbon from the thawing Arctic permafrost. She seeks to broaden the West’s perspective on climate change to consider the human and environmental toll of soil degradation, which simultaneously affects the future climate and the food security of the global human population.

Being raised in a majority Black nation did not prepare her for the implicit racism she came to face in conversations with one of her professors, but she eventually realized that he considered her African educational background to be unsuitable for the elite U.S. institution to which she had earned admission. This upsetting epiphany caused her to seriously consider leaving the institution and science altogether, but she was able to find mentors, including Dr. John Harte at the University of California, Berkeley, and Dr. Margaret Torn from Berkeley Lab, who encouraged her to continue.

She then resolved to not only succeed but to improve conditions for graduate students, a primary motivation for her accepting the interim associate dean position. She works with her graduate students to help them establish networks of mentors, using the mentoring map technique developed by Dr. Kerry Ann Rockquemore, founder of the National Center for Faculty Development & Diversity, and coauthor of The Black Academic’s Guide to Winning Tenure without Losing Your Soul.(5)

Dr. Berhe currently mentors a racially/ethnically diverse team of undergraduate and graduate students and postdocs. She focuses on using her endowed chair to expand her lab’s research capacity and outreach to the local majority Latinx community. Although she does not currently intend to pursue a permanent position as associate dean, she is grateful for the opportunity the role has given her to view academic science from a topdown perspective.

Working in a field that has recently captured more of the public’s attention, she has seized opportunities to communicate her wider view of climate change, such as a TEDtalk, and an article in TIME magazine.(6) In both media outlets, she discusses the disproportionate effects of climate change on the global majority of Black and brown people. She is a co-principal investigator for the ADVANCEGeo Partnership, to improve the workplace environment for women in geoscience and has coauthored an article in press on the intersection of race and racism in soil science.(7)

Patricia Soochan is a Program Officer and member of the multidisciplinary team at Howard Hughes Medical Institute (HHMI), with primary responsibility for the development and execution of the Inclusive Excellence (IE) initiative. Previously she had lead responsibility for science education grants to primarily undergraduate institutions, a precursor of IE. She has served as a councilor for the Council on Undergraduate Research and is a contributing writer for AWIS Magazine and Fireside Friday. Prior to joining HHMI, she was a science assistant at the National Science Foundation, a science writer for a consultant to the National Cancer Institute, and a research and development scientist at Life Technologies. She received her BS and MS degrees in biology from George Washington University.

Editor’s Note: The contents of this article are not affiliated with HHMI.