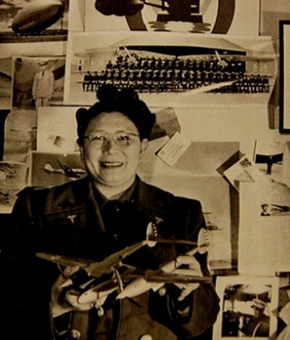 Dr. Margaret Chung was the first Chinese American woman to become a physician. She founded one of the first Western medical clinics in San Francisco’s Chinatown in the 1920s where celebrities sought treatment from her. She was also an advocate for Chinese Americans and for women’s military rights. Dr. Chung put herself through college and medical school at the University of Southern California. Shortly after graduating, she applied to be a medical missionary, but was rejected due to her race. Dr. Chung worked as a surgical nurse, intern, and then medical assistant in Chicago before becoming a surgeon and creating her own private practice where celebrities came to her for treatment. She befriended hundreds of military servicemen who became like family. During World War II, she used her influence to work for the allied war effort, sending letters, gifts, and care packages to soldiers on the frontlines. She was also known for hosting weekly dinners for these family members, including celebrities and their guests, quickly gaining media coverage for her actions. Dr. Chung pushed for the inclusion of women in the United States military and even pushed legislation for WAVE (Women Accepted for Volunteer Emergency Service).