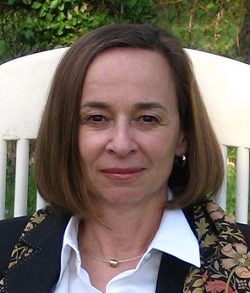 Nancy Forbes leveraged her academic background in physics to establish a long career in government and intelligence. Ms. Forbes was an influential member of the Association for Women in Science (AWIS) and the Cosmos Club in Washington DC. She authored two books, Imitation of Life: How Biology Is Inspiring Computing; and Faraday, Maxwell, and The Electromagnetic Field (with Basil Mahon) that was translated into four languages.

Nancy returned to school at age 28 earning BS and MS degrees in physics from Columbia University by 1987. She moved to the Washington, DC area and began a long career providing scientific, technical and systems engineering support to the government. She produced risk assessments on transportation of spent nuclear fuel for the Department of Transportation, served as a consultant to the American Institute of Physics, and was a Senior Principal Systems Engineer at SAIC. Her support to military and intelligence agencies included the National Reconnaissance Office, Defense Advanced Research Projects Agency, the US Army Joint Improvised-Threat Defeat Organization, and the Central Intelligence Agency where she received an Exceptional Performance Award.

She was committed to the advancement of women in science. Nancy was a long-time member of AWIS and served in various capacities in its DC Chapter where she made many friends and mentored women in the earlier stages of their careers. She was awarded membership to the Alumni Association Board of Directors at Columbia Graduate School of Arts and Sciences.

Nancy was also the founder and driving force behind the Cosmos Club’s informal National Security Discussion Group. She gathered an eclectic group from military and intelligence agencies and academic, legislative, science, and journalism fields to engage in off-the-record discussions.