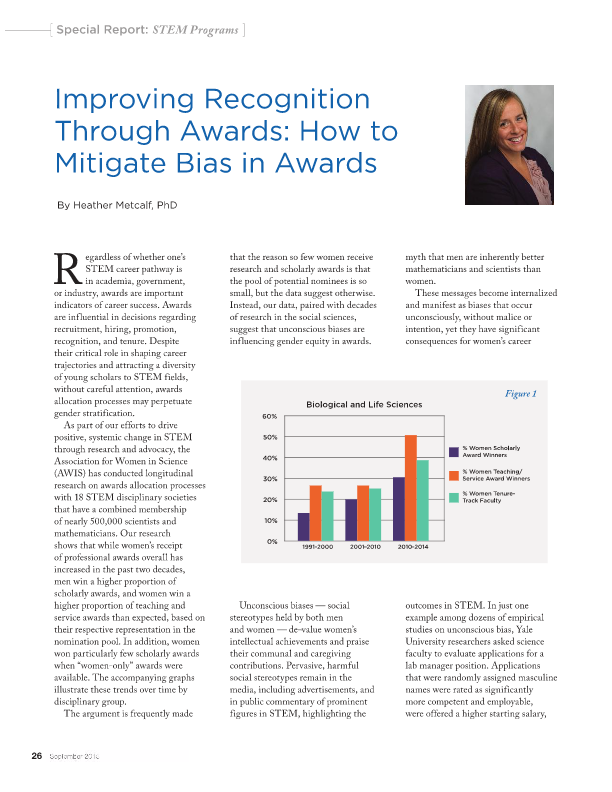 Regardless of whether one’s STEM career pathway is in academia, government, or industry, awards are important indicators of career success. Awards are influential in decisions regarding recruitment, hiring, promotion, recognition, and tenure. Despite their critical role in shaping career trajectories and attracting a diversity of young scholars in STEM fields, without careful attention, awards allocation processes may perpetuate gender stratification.

As part of our efforts to drive positive, systemic, change in STEM through research and advocacy, the Association for Women in Science (AWIS) has conducted longitudinal research on awards allocation processes with 18 STEM disciplinary societies that have a combined membership of nearly 500,000 scientists and mathematicians. Our research shows that while women’s receipt of professional awards overall has increased in the past two decades, men win a higher proportion of scholarly awards, and women win a higher proportion of teaching and service awards than expected, based on their respective representation in the nomination pool. In addition, women won particularly few scholarly awards when “women-only” awards were available. The accompanying graphs illustrate these trends over time by disciplinary group.